Horkheimer, Adorno, and the Los Angeles Times: A Report on Exilforschung in the Age of Digital Accessibility

The first page of the “Real Estate and Industry” section of the Los Angeles Times of Sunday, September 24, 1940 is likely to confuse even those of us who are old enough to be familiar with the conventions for dealing with newspapers printed on paper.  Our eyes will naturally gravitate to the upper right hand corner, where we find a brief account of filings for building permits, which indicate that an explosion of residential building had taken place in the first ten months of the year (enough new housing, we are told, to provide accomodation for “14,108 families or about 49,378 persons”).  But — defying the habits  acquired over the years — my eyes are pulled to the left side of the page, where a larger headline announces that the United States Chamber of Commerce has scheduled a “national construction conference” to consider “the problem of maintaining a substantial volume of private building” even as “construction needed for defense” begins to ramp up.

By September 1940 Germans were occupying France and the Luftwaffe was bombing London.  The US had begun to provide Great Britain with destroyers in exchange for free leases on naval bases in the Caribbean and Los Angeles’ aircraft industry was expanding production at a fever pitch.  The influx of workers helps to explain all those housing permits and the Chamber of Commerce, which — then as now — had a limitless faith in the sanctity of private enterprise, was concerned that the war effort might threaten the still-fragile economic recovery:

We need private construction work as a sound foundation for the defense program. We need it also as something substantial on which to build our future prosperity when defense constrution is finished or greatly reduced. … Above all we need the continuing support our fiscal economy receives from the taxable income which flows from the creation of permanent, useful structures.

The past, it appears, is not always a foreign country.

However, the true center of attention lies along the zigzag line of photographs of houses that runs down the center of the page.  The line begins with a photograph of a resident reading in the living room of her “Mountain View Cottage” in Santa Anita Village, the “new residential community in Arcadia fronting on Huntington Drive just east of San Marino.” This list of place names — however familiar they may be to current residents of Los Angeles — sounds (at least to one who has spent his days on other end of the continent) like something from the realm of myth (“et in Arcadia ego”, indeed). While the past is not always a foreign country, Los Angeles (at least for me) is.

What brought me to this page is a three paragraph story two-thirds of the way down on the left side of the row of photos entitled “Apartments Bring $60,000.” The article serves up a dog’s breakfast of news items. The first paragraph has to do with apartments going up on S. Los Robles Ave. in Pasadena (the $60,000 items in the title). The second is concerned with some house swapping in Brentwood (Nelson Eddy has purchased a French Normandie residence for $25,000).  And, finally, the last paragraph contains the name that brought me to the page:

A large site in California Riviera was purchased by Prof. Max Horkheimer, formerly of the University of Hamburg [sic], as a site for a residence that will represent an investment of $20,000.  George Oldfield of the Meline organization handled these transactions.

Though we may smile at the article’s confusion of Hamburg and Frankfurt, it is not without a certain historical significance.  This peculiar little item marks the first appearance of words “Max Horkheimer” in the Los Angeles Times.

This semester I’m teaching a seminar on the flight of German exiles from the Third Reich to the US for the first time since 2009. A lot has changed in six years. Back in 2009 our library had a subscription to New York Times historical database, but at that point access to the Los Angeles Times database was only available through an individual subscription and, unless I’m mistaken, searches of the paper were clumsier and less fruitful.

A search for “Max Horkheimer” produces 11 results, beginning with the announcement of Horkheimer’s building plans and ending with a brief review of Zoltan Tar’s book on the Frankfurt School.  Here’s what turns up:

Some of these items are more interesting than others. While Russell Jacoby is always worth reading, Horkheimer appears only briefly in his eulogy for Marcuse. The 1973 obituary for Horkheimer is relevant only in documenting what little interest in the Times seems to have had in its former resident:  it was content to run the UPI obit, which would have us believe that Horkheimer spent his entire exile in New York. The items labeled “Other” are rather bizarre: #10 consists of television listings, while #4 and #8 consist of horse-racing charts set in minute typeface (running OCR on these pages reveals that the Havre de Grace racetrack in Maryland had a “Zantzinger-Horkheimer” entrance; I leave to those Dylanologists who have been led to this page by the notorious name “Zantzinger”  to determine whether the man after whom the entrance was named might, indeed, be the infamous William Zantzinger).

There are lessons to be learned from items #6 and #3 about the need to check even unpromising headlines. What ProQuest picks up in both cases seems, initially, unrelated to Horkheimer. The headline for item #6 takes us to an article where we find that “Ingrid” refers to Ingrid Bergman and “Lindstrom” to her first husband, the LA brain surgeon Peter Lindstrom and informs us that (in the argot of the day) “California-wise [emphasis mine, baby!] Ingrid Bergman, Swedish screen actress, yesterday became free to wed Roberto Rossellini, Italian film director”.1 It is followed by a second story on the sale of Israel Bonds, and — at the very bottom of the page — an Associate Press report stating that “Dr. Max Horkheimer, a German-born Jew who became an American citizen, has been elected rector of Frankurt University …” And while the main story in item #3 is a report on an exhibit devoted to “20,000 Years of Comics” at the Los Angeles Public Library that, for reasons that escape me, was sponsored by the Treasury Department (OK, sometimes the past is a foreign country after all), it surrounds a brief notice reporting that Rabbi Edgar Magnin, President of the Los Angeles College of Jewish Studies has announced the appointment of Fred Herzberg to the faculty as a replacement for “Dr. Max Horkheimer who will leave this week with Dr. Theodore Arno [sic] to lecture at the University of Frankfurt, Germany.”

The two remaining articles are more substantial. “Domineering Fathers May Breed Bigots” is an article by the Associated Press’s “Science Reporter” that carries a New York dateline and discusses  “Studies in Prejudice,” the Institute’s major American research project. The article focuses on the findings of The Authoritarian Personality and consists, for the most part, of extended quotations from Horkheimer’s co-editor (and, in his eyes, nemesis), Samuel H. Flowerman. In contrast, a September 21, 1951 article, written by the Times correspondent William S. Barton reporting on Adorno’s presentation to the Hacker Foundation, featured extended quotations from Adorno. As might be expected, most of what the article quotes consists of Adorno’s summary of the argument of The Authoritarian Personality (a book that, the article informed readers, “has created wide discussion among sociologists”). But towards its close the article take a strange turn, with Adorno noting that, in contrast to England, in West Germany,

virtually anything you want to eat, including oranges and grapefruit, are abundantly available ….

“You don’t see any underfed people in Frankfort,” the sociologist said, “and even the poor seem well fed. The women certainly are much plumper than in the United States. Some people think they are too plump. Coffee is the only thing in the food line that is hard to get.”

“The Germans feel sure Russia isn’t ready to wage war. That may be one reason why there is much less fear of war in the danger zone of Germany than here in California. Germans don’t seem to worry about A-bombs.”

But, he ends the interview on a familiar note:

“A large group of the population has gone through so much that it has stopped worrying and is concentrating on what is now a widespread self-indulgence. We feel they eat too much.”

Only slightly less peculiar than Adorno’s apparent obsession with food (did the interview intrude on his dinner plans?) is Barton’s presentation of Adorno, who is described as an “internationally known sociologist and philosopher” who “has taught American ideals for two years at the University of Frankfort.”

A native of Germany, Dr. Adorno is a naturalized American citizen and first came to this country in 1938 when ejected by Hitler.

Strangely, the fact that Adorno spent large parts of the 1940s in Santa Monica goes unmentioned.

As far as I can tell, the only time that the Los Angeles Times noted that either Horkheimer or Adorno resided  in Los Angeles occurs in the March 16, 1952 article (item #7 above). Once again, the article is a wire service report (this time from Reuters). It carries a Frankfurt dateline and begins,

Prof. Max Horkheimer, the Jewish citizen of the United States who was recently appointed rector of Frankfurt University, hopes eventually to return to his home at Pacific Palisades. But first he wants to finish the job he has taken on here of teaching German students philosophy and sociology.

The article proceeds to recount Horkheimer’s departure from Frankfurt in 1933 and notes that he is “immensely proud of his United States citizenship and the esteem which he won by 15 years’ work in the United States.” It reports that

Although he fled from the Nazi regime, he has no hatred for the German people. On the contrary, he wants to help the best of them to find their way in a democratic world and to think for themselves, free from the poison of Nazi doctrines.

But while it mentions Horkheimer’s work at Columbia, the article offers no explanation why a scholar associated with a New York university would have a home in Pacific Palisades. The headline, which bestowed the title of “Southlander” on this former resident of Los Angeles, was obviously the work of the Los Angeles Times.

And that, with one significant omission, is all that the Los Angeles Times has to say about the members of the Institute for Social Research who, abandoning New York, found refuge in Los Angeles.  I will have more to say about that omission in a subsequent post. 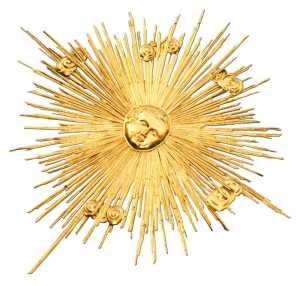 2 Responses to Horkheimer, Adorno, and the Los Angeles Times: A Report on Exilforschung in the Age of Digital Accessibility